What to Know About Long Airport Layovers 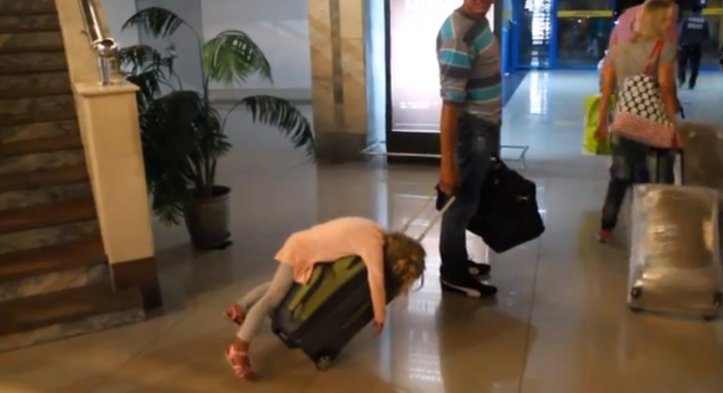 The things “they” don’t tell you about living in airports…

I started  my 5 week Euro trip with a layover at the Dallas airport. I was a total wimp. I had no clue what the following days had in store for me. Here are some things I learned during my 3 days-worth of layovers on my trip to destination #1 Samos, Greece. (Phoenix > Dallas > Miami > Milan > Athens > Samos *cheer!*)

Airports can be cold…really cold

Okay, I admit that I’m one of those people that considers anything below 75 degrees Fahrenheit to be too cold. But trust me on this one. If you’re traveling internationally like me, you probably don’t have space in your carry-on for a warm fleece blanket. This means you have to be prepared to settle for covering up with a makeshift blanket of cardigans and sweatpants.

If you happen to have a long layover at night, you probably want to catch a few Z’s to pass the time…right? Wrong. I found out the hard way that airport maintenance use their loud cleaning machines late at night – Goodbye sleep. Did I mention the machines are really loud? Cuz they are. 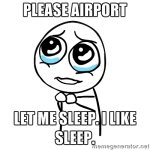 Note: THIS IS NOT A GOOD THING. In the majority of airports that I’ve been in, I’ve struggled to find airport chairs without arm rests. The chairs are uncomfortable to sleep in and since they almost always have arm rests, you can’t lay down.

So you think you found a decent place to sleep in the airport, eh? Don’t expect that to be the end of it. Prepare for the repercussions.

Athens Airport | 6/17/15 | 8:04 AM
After a restless night of scouring the airport for a place to sleep, I finally found a few couches. And when I say a few, I mean 3. There were 3 couches in the entire Athens airport. Of course they were all taken by other sleepy travelers, so I waited. I sat in a nearby chair for about 2 hours before I saw someone get up. At this point, it was about 1 AM. I rushed to the couch, tucked my backpack under my head and instantly passed out. However, around 5 AM I had a rude awakening… literally. I woke to an airport cafe worker shaking my shoulders and yelling at me in Greek. I’m not entirely sure what she was saying, but whatever it was, I don’t think she wanted me sleeping there. I was pretty confused when I woke, so I said “English! English!” to no avail, then quickly grabbed my bag and walked away. Thank you for the pleasant wake up call, m’am.

Too much airport food = sickness

I, personally, am a fan of airport food. Maybe it’s the excitement of adventure that makes it taste better, or maybe it’s the fact that it’s way overpriced that makes my tastebuds scream. Either way, the food isn’t really as good as you think. It might taste good at first, especially if you’re at an airport in another country, but too much of it will ultimately make you sick. If you are used to eating a relatively clean diet, your body will not thank you for the processed and pre-made airport food. It doesn’t care if you’re “on vacation.”

You may have to bus to the correct terminal

When I booked a layover in Milan, Italy, I thought I was being clever. One flight in, one flight out. Different airlines. If you are pre-booking your flights separately, be sure to check the terminals and how close they are. In Milan, I flew in to US Airways terminal 1 and flew out of EasyJet terminal 2. The EasyJet terminal 2 happened to be a complicated bus ride away. In broken English I was told the bus to terminal 2 was “downstairs, outside, down the road.” Basically. I went down an elevator to an abandoned parking garage. I then went outside to the strangest set of roads/bridges, with no cars. I went back up the elevator, because there was no way this was the correct way they expected travelers to take. Turns out, it was. After I received the same directions over again, I put on my “well f*** it” hat and blindly wandered around. After about 20 minutes of aimless wandering I finally stumbled upon the bus to terminal 2. Still, to this day, I’m not sure how I found it. So just be sure you are aware of the terminal situation for your layovers.

Do you have any interesting airport stories or tips for surviving layovers? Leave them in the comments below.